11.3% ABV - Fine wine meets a Firestone Walker legend with the inaugural release of Napa Parabola, a Russian imperial stout matured in French oak wine barrels from one of Napa Valley’s most prestigious cult wineries. Won GOLD in the Wine Barrel-Aged category at 2019 U.S. Open Beer Championship. Breweries from Russia to Rhode Island sent in more than 7,000 beers representing over 130 different styles for the 2019 U.S. Open Beer Championship. The competition is the only one to include beers from professional breweries and award-winning home-brewers, with judges from England, Canada and the United States.

7.8% ABV - A decadent Oatmeal Stout aged for a year in seasoned spirit barrels resulting in an impossibly smooth and dangerously drinkable beer with notes of chocolate, espresso, vanilla and bourbon.

CALIFORNIA PROPOSITION 65
The following message is provided on behalf of California retailers:

WARNING: Drinking distilled spirits, beer, coolers, wine and other alcoholic beverages may increase cancer risk, and, during pregnancy, can cause birth defects. For more information go to: www.P65Warnings.ca.gov/alcohol 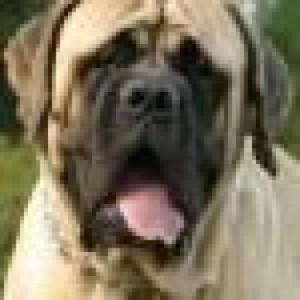 Parabola appearance: Gorgeous darkest brown. Thick fudge head. smell: Wow, I hate to use the word subtle on such a complex nose. In this case, it's a compliment, an easy going but amazing nose. Where to begin. Nothing takes front and center, but a big team of equal contributors. There's soft, dark chocolate, a hint of coconut, vanilla, bourbon, and oak. If ever there was a beer milkshake.... taste: More goodness. Not as awesome as the nose, but a delicious beer. VM appearance: Deep dark brown and nearly opaque as stout should be. Thick mocha head and messy lacing. smell: Oh yeah, this has that rich chocolaty buttery FW barrel aged magic. taste: More of the same. overall: Very nice beer. Not quite the depth of the other FW barrel aged brews, kind of a "Parabola lite" and that ain't bad.

Smooth is the best description of this beer. I know that usually people buy their stouts for a big punch of taste, but this one is amazing how balanced it is! Definitely an amazing beer!

Very smooth. Can't wait to finish the others.

I love Velvet Merkin and have difficulty finding it locally. Craftshack offers a great vehicle for me to get this beer. The Napa Parabola was a nice bonus.

This is a great value pack. The Napa Parabola is one of my favorite beers. Its smooth, malty, and packed with amazing flavor. I have not yet had the Velvet Merkin as I am going to age it a little before trying it. I am really excited to try it. I have not had a Firestone Walker that I have not liked.