From the most blasphemous depths of extreme metal comes a collaboration brew of epic proportions. Pours pale gold in the glass, with a light lupulin haze. A blistering blast of bright lemon and crushed lime greets your nose, followed by grapefruit, melon and green pine from a megaload of Citra, Motueka and Centennial hops. Balanced by soft wheat and flaked rye, with a touch of savage bitterness on the finish. Fierce & fresh. Dangerously drinkable.

"Through the beer and metal scene here in NYC I'd met some of Behemoth's management team and had talked about Behemoth being one of my favorite bands. They also represent some other amazing bands that I love and we started talking about the potential of making a beer with one of the bands. When we learned about Behemoth having a new album coming out I asked them about the potential of working with them because I knew of a beer that they'd made with a Polish brewery and know that Nergal is really into wine a beer. The decision to make a Double IPA came about when I had the chance to meet Nergal in person and discuss beer ideas. We threw out the idea of a Double IPA because of the similarities to wine which Nergal loves and because it's extreme like the music Behemoth makes. We wanted something extreme and challenging like their music but that had balance to it. I love that Behemoth make some of the most extreme death metal out there, but there is always a sense of melody and something catchy to it. Then when you're not expecting it, it punches you in the face! I think this beer is sort of like that." - Tony Bellis, co-owner/founder/brewer at KCBC

We are a trio of experienced brewers who have joined forces to bring our shared vision of quality, variety and community to craft beer drinkers throughout New York City and beyond. We love working together, we love drinking together, and we’re super-duper excited to bring our fresh & flavorful beers to life here in Brooklyn.

After several years of honing our brewing skills in tiny apartments, at the American Brewers Guild in Vermont, and professionally at breweries across the city, we all independently came to the same conclusion: wouldn’t it be FRICKIN’ AWESOME to open a new brewery in NYC? Flash forward in time, and after various trials and tribulations (and many long drinking sessions together), we realized that if we combined our efforts, we could build a bigger, better, more badass brewery than if we each tried to do it alone. And thus: Kings County Brewers Collective (KCBC) was officially born.

*All sales are final for pre-sale items

CALIFORNIA PROPOSITION 65
The following message is provided on behalf of California retailers:

WARNING: Drinking distilled spirits, beer, coolers, wine and other alcoholic beverages may increase cancer risk, and, during pregnancy, can cause birth defects. For more information go to: www.P65Warnings.ca.gov/alcohol

Bought 4 just in case I liked it. Have since bought another 36, as I cant get enough of it. The combination of hops makes a citrus delight on the pallet. 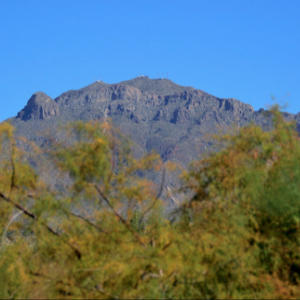 I didn't know much about the band, just took a chance on it. Super crushable, crisp and smooth.

Honestly, mostly bought this for the can and my love of Behemoth, but I really love the beer. Citra hops pretty dominant, which I like a lot

Best of the Best

This DIPA is amazing. Smooth, with a great fruity citrus hop flavor. My all time favorite.